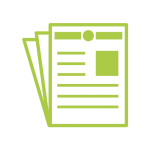 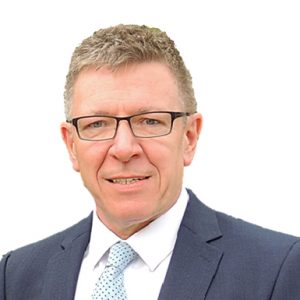 It’s been a while since we issued an update. Things have been a little quiet since the panic of the October no deal threat but, as usual, we have used the time wisely.

WHAT HAVE WE BEEN UP TO?

We’ve installed new IT. New hardware and recruited new staff. We’ve moved to a larger office and have welcomed the twentieth member to the Customs Clearance Consortium. That’s 20 companies that now have a dedicated Customs solution going forward. One that is shaped around them and building capacity around their traffic flows. We have our first member meeting on 15th January and we are looking forward to the next stage of planning and prep. Training is going well. Robert Keegan and Joseph Cranston both passed UK Customs Academy Level II training today and are itching to move to Level III and eventually on to degree status. Maniba started a little later but we are confident that she will also pass. We’re going to need a larger wall for all of the certificates (mine included!).

It’s been nice to have the politicians pre-occupied for a while but all that is just about to change. As I type the exit polls are showing a fairly significant increase for the Conservatives, who have lead with a strong #GetBrexitDone message. Looks certain that Withdrawal Agreement will now be passed and UK will leave the EU at the end of January 2020, as planned. Conservative majority looking like it could be 80+ seats and this represents a very strong mandate for Boris. Getting Brexit done means that we enter an implementation period during which nothing changes at least until 31st December 2020. There is an option to extend this transition period for a further two years (to end of 2022) but that option needs to be exercised by 1st July 2020. Should be an interesting year!

In real terms yes. Leaving without a withdrawal agreement is now highly highly unlikely. There is still the possibility that we could leave at end of Dec 2020 without a trade agreement but, even if that were to happen, it would be less severe than leaving without a withdrawal agreement. GATT art.XXIV (which allows tariff free trade whilst final deal is negotiated) becomes an option. Paperwork and Customs formalities look to be part of the future and we see nothing that changes that. Hence the continued expansion and training. GATT XXIV does not per say remove the need for paperwork but can temporarily suspend the imposition of tariffs, in either direction.

Conservatives having a large majority changes the outlook completely. The last few years have had Conservatives relying on DUP and pandering to the ERG (eurosceptics). A large majority gives Boris more room to move but equally more room to be bullish. A lot will depend on how the USA deal takes shape and whether that means UK will move closer to EU or further from. We will continue to monitor negotiations and cut through the posturing to find the more likely path in each scenario. This victory for the Conservatives also changes the dynamics with EU. The second referendum argument is effectively dead, UK can now plan with some certainty and EU will be aware of that. Can a deal be done by end of 2020? It’s a very tough task but a bare-bones deal is possible, remember the GATT XXIV safety net.

In the short-term, nothing. We have a year to ready our clients for the next stage. Very hard to see a frictionless exit but quite possible to see an exit with less friction (than you might have expected). Customs processes do not worry us. We are ready now and will be super ready by end of year. Our efforts will now focus on IT integration since this election gives us the time and confidence to invest in IT based simplifications. Paperwork is likely to remain but tariffs are now to be negotiated and hopefully reduced or removed in most cases. We will continue to press the policy makers on export health certificate issues as this process still gives us cause for concern. Most Customs processes can run parallel to the movement of the goods, health certificates cannot and we are keen to propose alternatives to the current stop/go process.

The Boris deal creates challenges with GB-NI flows. Challenges which even Boris seems to have failed to grasp. Again, Customs processes to not cause us any great concerns. The requirement for health certification on UK internal (GB-NI) movements needs attention and the ‘at risk of entering the EU’ tariffs need to be carefully assessed and mitigated. There will be a Joint Committee to agree these terms who will have their work cut out during the 2020 implementation period. We will continue to work closely with trade on the island of Ireland and do all we can to limit the impact of the current NI Protocol before it comes to pass.

Interesting times. The election result at least creates some certainty even if it is not perhaps the result you wanted. Leaving the EU and removing the second referendum option means we can at last plan for the future. We are not completely sure of the destination, but at least we are moving…